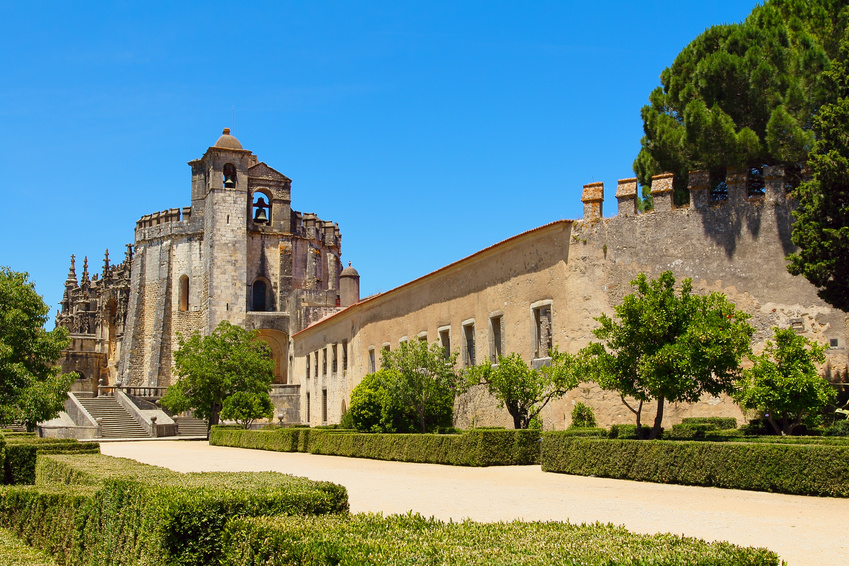 We’ve all heard of the Knights Templar, at least I think so!

An ancient religious fraternity that swept to immense power in the middle ages. Probably more powerful than the church and many notorious kings of the time.
They are best known for the crusades. The iconic red cross emblazoned on a white background is symbolic of our modern imagination and concepts of whom they were. Knights of old travelling many miles to fight in the protection of their Christian Jerusalem. Whatever you know, or think you know, they rose, and fell, ultimately hounded by men in power that sought to destroy them.

Many people are unaware of how strong they were in Portugal and what part they played in its early sea faring adventures. Portugal provided a place of protection and in turn they lavished the country with some of Europe’s most significant Templar palaces and churches. Indeed the Templars were provided with protection from the king himself under decree from Rome.

Today their legend lives on, shrouded in a mythical status within the very fabric of Portugese society. Perhaps read this article if you fancy exploring some interesting concepts of Portugese royal lineage and the preservation of the Templar legacy.

For many of us though. We simply love the visit the many ancient sites, stand dumbfounded in their beauty and lap up the tour guide information about times gone by.

If you are heading to Portugal I cant recommend enough going on one of the many local tours following in the footsteps of the Knights Templar in Portugal. If you’re into history (which we are) then its fascinating; and if you’re into beautiful old buildings set in picturesque landscapes, then you’ll equally love it.

Portugal has some amazing Templar sites, not least of which is Tomar, the last Templar commissioned town to be constructed. Tomar was very important in the 15th Century when it was the centre for expansion of Portuguese territories overseas. At the heart of the town is The Convento de Cristo, (The Convent of Christ) a fabulous Templar castle and convent – probably one the best you’ll ever visit. The centre piece is the round church, built in the second half the the 12th century. Exquisite in design and detail, it is modelled on the Dome of the Rock in Jerusalem.

If that wasn’t enough, other Templar sites worth visiting include Batalha Abbey, Nazare, Dornes and Almourol.