A trip to the convent at Batalha 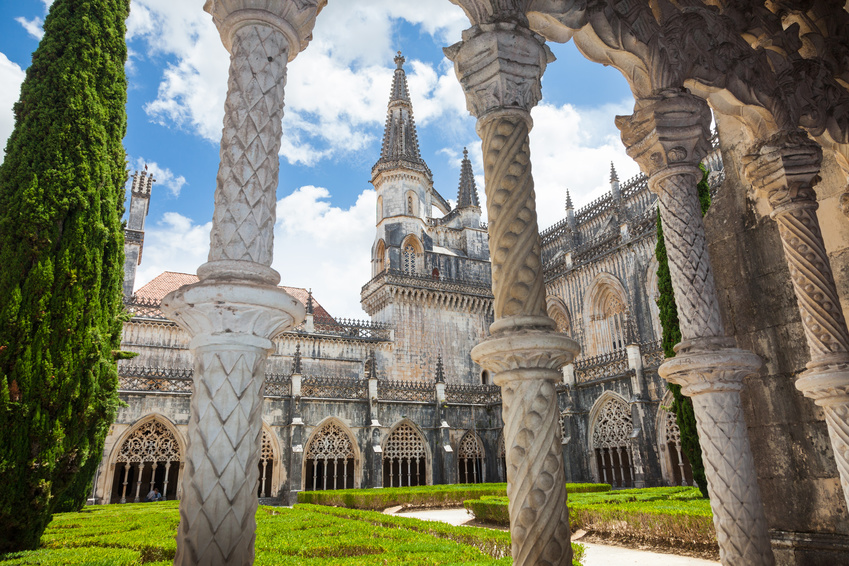 Batalha in the Leiri district, central Portugal is a fabulous place to visit. Best known for its dominican convent Santa Maria da Vitoria, which is listed as a world heritage site by UNESCO. It really is a masterpiece of gothic architecture intermingled with Manueline style. Notably its one of the most important buildings of its kind in Portugal.

Whats interesting and difficult to grasp, is that it took over a 100 years to build. Starting in 1386 and only finishing in 1517 – indeed it spanned the reign of seven kings in that time. It apparently housed 1000 monks at its height.

If you’ve travelled round Portugal and seen many of its sites, the covent will certainly stand out as an unusual building for its setting. It’s reminiscent of a more north European style, germanic even. Either way its incredibly interesting and very well preserved for its age. If only our modern structures had such resilience!

Within the convent is the tomb to the unknown soldier. A first World War memorial for the young men who fought and fell in the trenches.

The inside of the convent is magnificent. The nave and choir, with its vaulted ceiling is dramatic to say the least. Tombs to the four princes are beautifully decorative, with intricate stone carving that holds your stare for some time. The tomb of John I is equally as ornate.

Outside is the portal of the unfinished chapels. Huge archways tower over you in spectacular fashion. Other notable areas include the Founders Chapel and the Chapter house.

Whilst the town has ancient origins it is blighted by some rather ugly modern architecture. Batalha is worth the visit though, primarily for the convent. Not far north though is the town of Leiria with its strategically important castle, once a royal residence. The views are worthwhile.